How To Turn Off Facebook Friend Suggestions? | Quick Tutorial

You might be wondering how to turn off Facebook friend suggestions? Here is a quick tutorial for you. If you often get distracted because of these kinds of pop up details and suggestions, then below-mentioned is easy to follow the method which you can go for! No doubt.

Facebook has become that kind of platform where people make new friends. They interact with new people and eventually expand and extend their social circle.

However, there is this feature on Facebook which gives you suggestions to become friends with those people which you may know! To turn off and disable that suggestion window, check out the below-written details.

How To Turn Off Facebook Friend Suggestions? Tutorial for Android Users

Below you can see the method how all Android users can disable this feature in a second. A few steps are needed and this annoying featured will get disabled right away.

So, get started and let us know if this guide helps you in any way.

Most importantly, if you are using Android Marshmallow, then what you have to do is to go to the Settings section. Go to Apps and then click on the tab Facebook. After that reach to the tab which titles Permission. Hit on Location and finally press the button Off. 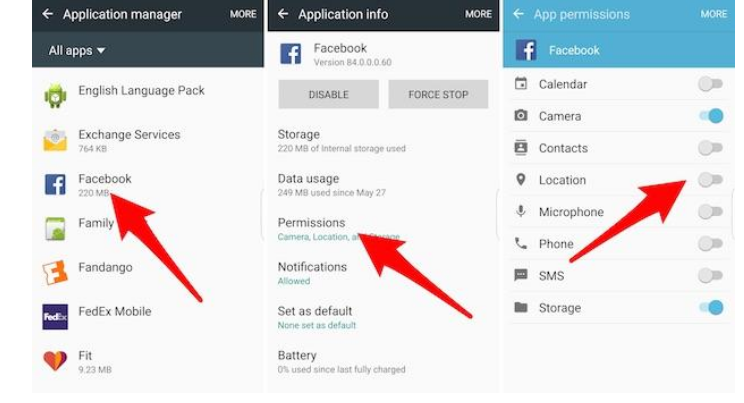 Your Facebook Friend Suggestions feature is now completely turned off and disable. Furthermore, if you want to activate and turn it on again, then you can switch the off button to On button.

Most probably, these Friends Suggestions are given to you because your Android phone location is tracked by Facebook. People living nearby to your location are suggested by Facebook.

In other words, Facebook accesses your phone location. And suggest all the people become friends with you who are living at your nearby and closest premises.

Thus, with the help of this quick tutorial, you can easily stop Facebook to stop sending you these Friends suggestions.

By turning off the settings, the team of Facebook will not be able to access and track your phone location. Hence, no unknown and strange Friends suggestions will come in your way.

Lastly, if you are using some other older version of Android, then you can follow this quick tutorial with the help of Chrome browser only.

Then we have this tutorial for iOS users, this mainly includes all the users who have Apple smartphones.

Now, for all of the iOS users, they can also follow a specific tutorial and quick guide in order to disable and deactivate their Facebook Friends Suggestions feature. They can do so by not allowing the team of Facebook to access their phone location.

The steps which you have to perform to complete this tutorial. The first step is to go to the tab of Settings. Reach the Privacy section and then click on Location services option. 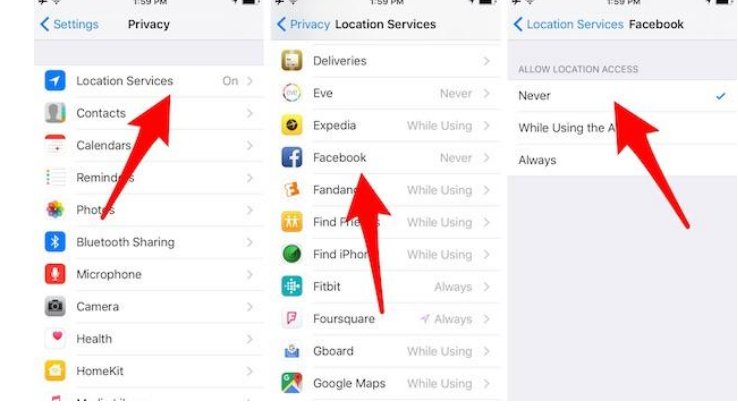 As soon as you click on the option Location Services, you will get a list of options. Just select and choose the option Never. Hence, by doing so, Facebook is not going to ever and ever send you Friend suggestions.

Hopefully, by following this tutorial, you can get rid of all kinds of irritating and annoying friend requests.

Why do People Want to Turn Off Facebook Friend Suggestions?

Most probably, this Facebook feature has started to recommend and suggest random people as well. For the reason that a large number of people do not like this feature at all.

That friend’s suggestion list only comprises of random and unknown people. So, there is no use to get connected and become friends with them. Most certainly, it is for this main reason that people are showing the least amount of interest in this feature.

Besides, it has now become quite easy to disable this functionality. Both of the Android as well as iOS users can use and follow the above-written method.

It is stated and explained by the Facebook spokesperson that they suggest people on the basis of common things present in between you and them. As an example, on the basis of mutual friends or the number of places which both of you have visited.

On the other hand location information is one of the factors on the basis of it the team of Facebook suggests people which you may know.

Hence, for many people, it sounds and looks extremely creepy as well as little unsettling that Facebook is tracking all your locations and movements.

That is why they able to collect and gather this information which they provide in the form of Friend Suggestions. The above-mentioned tutorials will help you avoid becoming friends with your nearby strangers.

Do you know that Facebook is not the only one which makes use of this phone location data? However, there are other wide and multiple ranges of social media apps which utilize this same kind of data.

As an example, we have Foursquare and Tinder. They usually and generally rely on such kind of data so that you can get connected with your potential matches present in your area.

Most noteworthy, Google makes use of this kind of data regarding where you are and also what you look for.

Conclusion Wrapping It Up!

So, what’s the bottom line? As you have now come to know that Facebook makes use of the geolocation data right from your phone to look for a friend for you.

With the use and help of this geolocation data, they suggest people who are living close by to you. But this feature seems annoying for most people. And the above-written methods can surely help you to disable this feature.

In addition, to get further guidance on activating and deactivating other Facebook features, stay tuned with us, Sooner, more easy to follow and quick tutorials are coming up.